A Brixton House production, presented with HighTide in association with the Mercury Theatre Colchester.

A debut play by Waleed Akhtar

“In Afghanistan there are many important issues. So I am asking a very important question.

Who is the real Queen of Pop?”

Kabul Goes Pop brings us into a world post the US invasion that is complex, contradictory, and shocking – all to a soundtrack of early 00 pop!

‘A brave piece about the betrayal of a generation.’

‘An elegantly written, often very funny, piece that works precisely because it takes a moral position on Afghanistan, and, underlying every word, there is a raw and admirable fury.’

The show contains swearing and themes which may cause distress.

Sexual violence is referred to, and abduction and murder is described.

Grief over the loss of a loved one is depicted, and the mental illness and death of a family member is referred to.

War and political violence is discussed, including mentions of suicide bombings and a description of being injured in a bombing.

Life under Soviet and Mujahideen conflict and Taliban rule in Afghanistan is described. 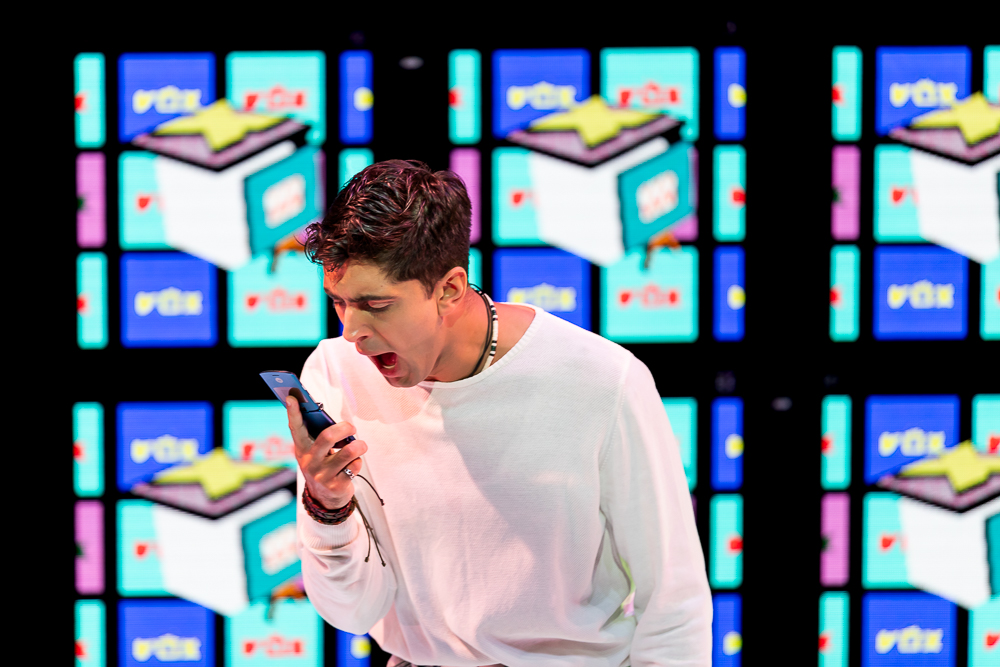